A Bespoke Tailor on the Danforth - Spiros Tailors

Note, this article was originally published by YellowPages.ca

Spiros Hatzantonis didn’t choose to become a bespoke tailor. “My mother sent me to apprentice with a tailor,” he recalls. At the time he was barely a teenager, and living at home on the Greek Island of Kos. But he was sent to work: “I was one of the breadwinners.”

By the age of 18, Spiros had moved to Athens to continue his trade. Then he served in the Greek army for several years before coming to Canada. “It was difficult," he recalls, speaking softly. "I didn’t speak English but it helped that I knew the trade and I didn’t need to speak.” Spiros’s work has always spoken for him.

Now, decades after arriving in Canada, Spiros runs a unique and thriving business at his eponymous store, Spiros Tailors, on the Danforth (near Chester). He opened his first store at Danforth and Pape a few blocks to the east in 1975, after working for other Greek and Italian tailors. He bought the building that houses his current location in 1977.

Entering the small unassuming space, you are surrounded by shelves of luxurious fabric ready to be transformed into hand-made suits, equestrian attire, athletic uniforms and movie costumes. Spiros refuses to namedrop his A-list clientele, which includes Canada’s top executives, professional athletes and Hollywood stars. “We always keep a low profile. We respect everyone’s right to privacy,” he says, proudly admitting, “I did make the suit for the first gay wedding in Canada.”

“I learn every day. I know what I know and I try to make it better and better.”- Spiros Hatzantonis, owner 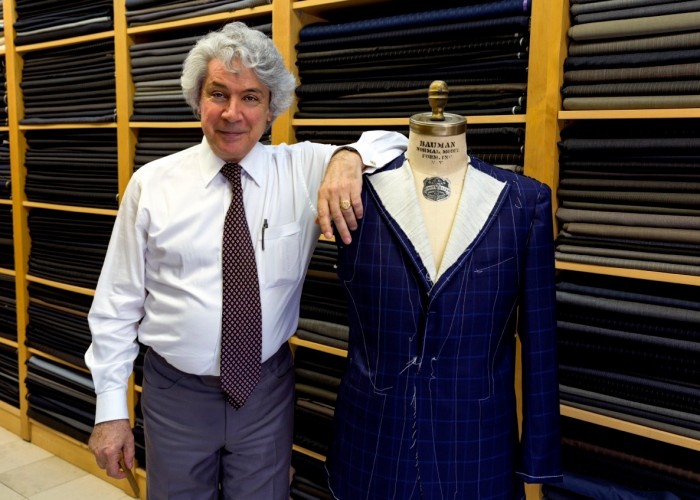 What attracts so many to Spiros Tailors is the stylish, reasonably priced and exquisite craftsmanship of the clothes.

Spiros is inspired by the work of top designers like Tom Ford, but every one of his designs is customized to the particular need, tastes and physique of the individual client. His fabric is sourced from the finest producers in Italy, England, Scotland and Brussels.

There are a lot of steps in making a bespoke garment, and all work is done by hand on site by Spiros and his small team of craftspeople. Spiros specializes in making the patterns and doing a precise fitting on all clients. He ensures that “no alterations are needed,” adding: “We want to deliver a product as close to perfection as possible.” 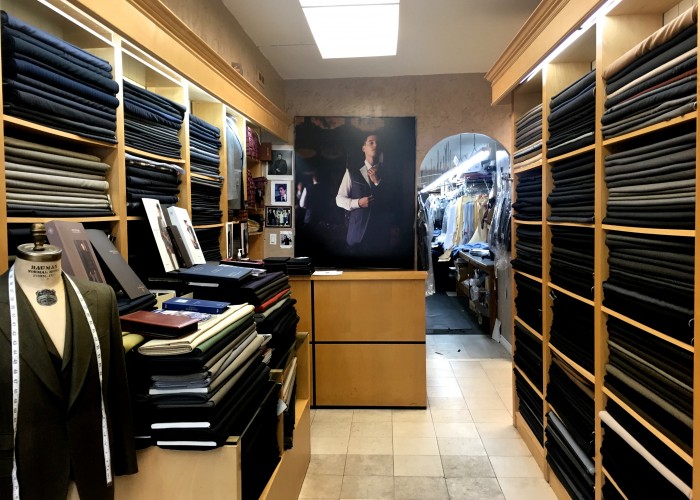 From Necessity to Lifelong Passion

Spiros fell into tailoring out of necessity but continues out of love. The happily married father of two adult daughters works seven days a week. Even on Sundays he can be found quietly working at the back of the store.

Spiros remains humble despite his global reputation. “I learn every day. I know what I know and I try to make it better and better,” he says. He is also passionate about sharing his knowledge with the next generation of tailors; a number of students from George Brown College have apprenticed at Spiros Tailors. He observes, “When people graduate they have the theory. But you have to put theory into practice or nothing will happen.”

Fortunately, Spiros has no plans to retire soon. He says, “I love everything about the business.” 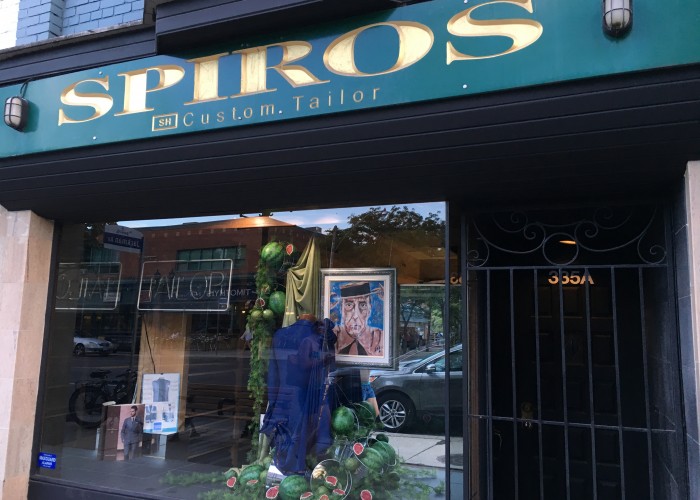 In celebration of BD Beats, BIA business member @cobsdanforth (156 Danforth Ave.) will be spearheading ‘The Sunflower Project’ , a fundraiser in support of a Ukrainian family’s recent resettlement in Toronto. Vibrant solar powered sunflowers (the official flower of Ukraine) will be available beginning at noon on June 4 with proceeds going directly to the family. A group of volunteer youth will be selling the sunflowers for a minimum donation of $20 each at the BIA CafeTO parkette located in the curb lane enclosure in front of COBS. The goal is to sell one hundred sunflowers by 3pm. For those unable to attend but wishing to make a donation, please click below
>>DONATE<<